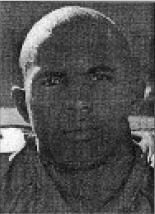 1998 Media Guide: Academic all-Big Ten pick is one of the great receivers in college football and a leading candidate for All-America honors and the Biletnikoff Award in 1998 … position coach Chuck Stobart says “we expect great things from David … he is a force on the football field” … a big, strong, physical receiver, who runs great routes … has terrific hands, a phantom-like first step and breakaway speed after he catches the football … set numerous school records last year, including a single-season mark of 73 receptions, breaking the old record of 69 set by Cris Carter in 1986 … also set a school record with 14 receptions at Penn State, breaking the old mark of 13 that he had shared with Gary Williams … finished the season with 14 touchdown receptions, three shy of Terry Glenn’s school record of 17 in 1995 … is currently tied with Doug Donley (1977-80) for sixth place on the all-time OSU receiving list with 106 receptions and trails Carter (168 receptions from 1984-86), the career leader, by 62 … is also second in career touchdown catches with 21 … also returns punts, averaging 8.3 yards per runback on 47 attempts last year.

1997: Led the Big Ten in receiving with 70 receptions during the regular season … caught at least one pass in all 13 games and currently has a streak of 20 consecutive games with a reception … had a TD grab in 10 of the 13 games …finished second on the team in scoring with 84 points, eight behind kicker Dan Stultz … finished 19th nationally in receptions per game at 5.83 (based on regular-season games only) …153 receiving yards at Penn State tied his career high and was one of four 100-yard games on the year … also played safety in the waning moments of the Arizona
game … named Chevrolet Player of the Game following his two-touchdown, 101-yard receiving day against Missouri.

1997 Media Guide: Will be a candidate for postseason honors even though he is only a sophomore … played in all 12 games last year as a true freshman, starting the final seven … was one of the heroes of the Rose Bowl, catching a pair of touchdown passes, including the dramatic game winner with 19 seconds left to play … scored the first time he touched the ball last year, racing 58 yards to pay dirt with a Stanley Jackson pass in the season opener against Rice … scored three TDs the next week against Pittsburgh, two on receptions and the third on a slick 66-yard punt return on which OSU had just eight men on the field … wound up as the Buckeyes’ second leading receiver with 33 catches for 450 yards and seven touchdowns (the OSU record for catches by a freshman is 41 by Cris Carter in 1984) … caught passes in nine of the 11 games (all but Notre Dame and Wisconsin) and had 13 receptions at Indiana to tie the school single-game record originally set by Gary Williams (vs. Florida State in 1981) … 153 yards against the Hoosiers was his season high and is the most receiving yardage ever in a regular-season game by an OSU freshman (Carter had 172 yards against Southern Cal in 1985 Rose Bowl) … began the year as the backup to Buster Tillman, but cracked the starting lineup against Purdue and was a regular the rest of the way … averaged 9.3 yards per punt return on 32 attempts … his 34-yard punt return in the fourth-quarter of the Wisconsin game set up OSU’s winning touchdown … gifted athlete with excellent speed, tremendous hands and a phantom-like first step … can play either “X” (split end) or “Z” (flanker).

High School: Played both wide receiver and safety at Humble High School … Caught 51 passes for 780 yards and eight touchdowns as a senior and averaged 23 yards on kickoff returns and 17 yards on punt returns … Had 88 tackles and 10 interceptions as a senior … As a junior, caught 16 passes for 385 yards and three TDs, as well as picking off two passes … All-America selection by SuperPrep, Tom Lemming and The National Recruiting Advisor … First-team all-state as a safety and second-team All-State a wide receiver … Awarded the Greater Houston Player of the Year award from the Houston Chronicle and first team all-greater Houston … All-district first team offense and defense in 1995 and first team offense in 1994 … Rated the ninth best wide receiver in the country by SuperPrep and the 11th best player in the Southwest region … An all-Southwest Super 25 selection by Bluechip Illustrated and ranked the second best receiver in the Southwest … A Max Emfinger Top-33 selection … Rated the 27th best player in the Southwest region by The National Recruiting Advisor … Led Humble to state tournament in football and basketball … Senior year football team was 10-3-2, losing in the state semifinals, while junior season went 9-1-1, advancing to the second round of the playoffs … Has hopes of also playing basketball at OSU … Led hoop squad to the Texas state final four and was a second team All-State choice as a senior … First team all-tournament at 1996 state final four … First team all-Greater Houston as a senior and junior … Humble MVP … In track, won the district championship in the 300-meter intermediate hurdles in 1995 … Three year letterwinner in football and basketball and two years in track.

Personal: Father, Byron, is an official in the National Football League … High School coach is Neil Quillin … Chose Ohio State because he “loved everything about it”… lists Joey Galloway and Terry Glenn as his two favorite receivers … Plans to major in business … Has one brother and one sister… Full name is David Byron Boston.