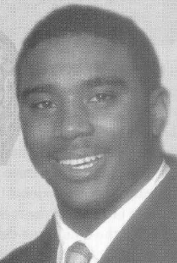 2004 Media Guide: One of three scholarship quarterbacks on the OSU roster and one of the most exciting athletes on the squad … will vie with fellow sophomore Justin Zwick for the starting position, replacing graduated two-year starter Craig Krenzel … has an extremely strong arm and is an accurate passer … also a gifted runner who can be especially dangerous when forced out of the pocket … capable of turning a busted play into a touchdown … has spent countless hours studying film in an effort to better understand what it takes to be a Division I quarterback … appeared in 10 games last year, but was used primarily as a “slash” back and as a kick returner and has yet to throw a pass on the collegiate level … did rush for 14 yards on three carries and averaged 16.6 yards per attempt on six kickoff returns in 2003 … was recruited as an “athlete” but has projected himself into the quarterback picture through hard work and a competitive desire to excel … coming off a good spring.

2003 Season: Made his collegiate debut in the season opener against Washington and carried the ball once for a 2-yard gain … also had two carries against Northwestern, including an 8-yard run … was used as a kick-return specialist the last half of the season … longest runback was 18 yards at Indiana.

2003 Media Guide: Troy Smith is a rifle-armed young quarterback with tremendous all-around athletic ability … was redshirted last year, but continually impressed onlookers with his strong arm and accuracy … is a dual threat because of his ability to scramble out of harms way and pick up additional yardage … an intelligent and hard-working player … solid showing in the spring culminated with 211 yards and a touchdown pass in the spring game … completed 18 of 36 passes in that game and also rushed for 21 yards on 12 carries … joins senior Scott McMullen and fellow redshirt freshman Justin Zwick to give the Buckeyes three solid backups behind incumbent starter Craig Krenzel … was one of the last players to sign with the Buckeyes in 2002 and was recruited as “an athlete”.

2002 Season: Redshirted and did not see any game action … repeatedly gave the OSU defense an authentic look as the scout team quarterback.

High School: Solid all-around athlete … played at Lakewood St. Edward as a sophomore and junior, but transferred to Glenville at the start of his senior year … threw for 969 yards and 12
touchdowns as a senior … also ran for 329 yards and four scores, helping Glenville to a 9-2 record and a berth in the Division 1 playoffs … has run a 4.1 time in the 40 and is rated by Rivals.com as the nation’s 13th best dual threat quarterback … had a solid junior year at St. Eds, throwing for 1,400 yards and rushing for 500 more … the Ohio State coaches really like his athletic ability … high school coach – Ted Ginn.

Personal: Parents are Tracy Smith and Kenneth Slanell … has a sister, Brittany, who attends Cleveland State and is a registered nurse … an older brother, Rod, played guard at Ohio State in the early 1990s, and another brother, Andre, played at Bowling Green … a third sibling, Irwin White, played at Walsh College … lists Michael Vick and Donovan McNabb as two of his favorite football players … born July 20, 1984.