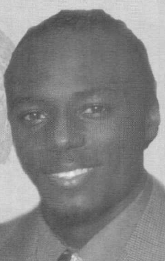 2004 Media Guide: Is a true playmaker and a threat to score anytime he touches the ball .. is Ohio State’s leading returning receiver and will be one of the focal points of the Buckeye offense in 2004 … was the first player chosen by the seniors in the 2004 spring game draft … is among the quickest and most athletic players on the squad … will also be counted on to return punts in 2004.

2003: Emerged as one of Ohio State’s big-play receivers … averaged a team-best 17.2 yards per catch … stepped into the starting lineup following Drew Carter’s season-ending injury suffered Oct. 25 at Indiana … against Indiana, caught six passes for a career-high 153 yards and two touchdowns, including a 47-yard TD that stands as his career-long reception … made his first start a week later at Penn State and caught five passes for a game-high 78 yards … started the last five games of the season, during that span catching 23 passes for 344 yards and five touchdowns … totaled career-high eight catches for 121 yards and two touchdowns at Michigan, including a sensational diving TD grab in the back of the end zone in the third quarter … caught two more touchdowns vs. Kansas State in the Fiesta Bowl, which tied the Ohio State record for TD catches in a bowl game … finished the season with 32 receptions (third on the team) for 549 yards (second on team) … his seven touchdown receptions tied Michael Jenkins for the team lead and his 42 points scored ranked fourth on the squad.

2003 Media Guide: Santonio Holmes gave the 57,200 fans on hand at the spring game a preview of things to come by totaling 200 all-purpose yards and scoring a pair of touchdowns – one on an electrifying 79-yard punt return and the other on a 23-yard pass reception … is quick and elusive and gives the Buckeyes yet another game-breaker to add to their offensive arsenal … heads into fall as the backup to Chris Gamble at flanker … his emergence will allow the Buckeyes to rest Gamble on offense from time to time without missing a beat in terms of putting a legitimate offensive weapon on the field … can run away from defenders and turn a short completion into a big gainer … like teammate Roy Hall was redshirted last year but was very impressive as a member of the scout team and had the coaches buzzing with excitement about things to come … four receptions for 65 yards and five kick returns for another 135 in the spring game did nothing to discourage that enthusiasm … will probably back up Gamble on punt returns … one of those players who is a threat to go all the way anytime he touches the ball.

High School: Helped lead his high school team to a 12-1 record as a senior, snaring 33 receptions for 970 yards and 10 touchdowns … averaged 29.3 yards per catch as a senior … really got everyone’s attention in the Outback Steakhouse All-Star Game, hauling in six catches for 121 yards and a TD and leading his team to a convincing 19-3 victory … was the MVP of that game …Rivals.com ranks him 38th nationally … burner, who was a member of the state championship 4×100 relay team as a junior … A somewhat late, but important commitment to the OSU fold …  high school coach – Willie Bueno.