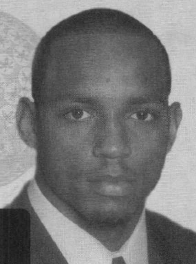 2004 Media Guide: Heads into the fall as the starter at split end, taking over for the graduated Michael Jenkins, who left as Ohio State’s career receiving yardage leader with 2,898 yards … spent the 2003 season as Jenkins’ understudy, but still played in all 13 games … joins returning starter Santonio Holmes to give Ohio State what many analysts consider one of the top young receiving tandems in the Big Ten … talented special teams player … blocked a punt in the 2004 spring game and returned it 41 yards … is very physical and has tight end size but wide receiver speed … solid young player with loads of talent … a two-time OSU Scholar-Athlete.

2003 Season: Finished the season with six receptions for 69 yards (11.5 ypc) … against Iowa, blocked a Hawkeye punt inside the 5-yard line that Donte Whitner recovered in the end zone to give the Buckeyes a 17-3 lead in the third quarter … had one reception in six different games … season-long catch was 18 yards against both Washington and Michigan State … awarded Ohio State’s Jack Tatum Hit of the Week Award by the coaching staff following the San Diego State game thanks to monster blocks on a Buckeye kickoff return.

2003 Media Guide: Roy Hall adds depth and talent to an already deep and talented position – wide receiver … was redshirted last year, but repeatedly turned heads with his stellar play on the scout teams … coaches are anxious to see him in action this year … has outstanding speed, runs great routes and is sure-handed … has the size to play tight end, ala Miami’s Kellen Winslow, and will probably do so from time-to-time in the fall … certainly won’t dislodge Michael Jenkins as the starter, but is one of those players that is going to play simply because he can make things happen when he is on the field.

High School: A first-team Division I Associated Press All-Ohio selection … rated by PrepStar as the top wide receiver in Ohio and one of the best in the Midwest … SuperPrep has him as
the seventh best receiver in the Midwest and the 12th best in the nation … hauled in 62 receptions for 700 yards and six touchdowns as a senior … combines excellent size and speed with great hands … caught 42 passes as a sophomore, but then missed four games as a junior and was limited to 17 catches while battling a sprained ankle … also recruited by a number of schools to play basketball … high school coach – Eric Mitchell … born Dec. 8, 1983.

Personal: Is the son of Roy Sr. and Sonya Hall … has one sister, Sonya, who is a sophomore at Ohio State (2004) … favorite pro sports team is the Cleveland Browns … favorite pro receiver is David Boston … if he had a million dollars he would buy whatever his mother asked for.