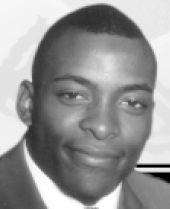 Post-OSU Update: After leaving Ohio State, Lydell Ross did not pursue a career in football as either a player or a coach. He quickly went into firefighting – read more. (updated: Oct. 2022)

2004 Media Guide: Former Ohio State Heisman Trophy winner Eddie George is his favorite player and he would like nothing more than to have a George-like year in his last go-around with the Buckeyes … has the size, speed and vision to be an outstanding back … has been a key reserve and sometimes starter the past two years and now appears to be the No. 1 tailback heading into the 2004 campaign.

2003 Season: Led the Buckeyes in rushing with 826 yards and was second in scoring (10 touchdowns for 60 points) and all-purpose yards (920) … put together a string of three consecutive 100-yard games against Indiana (167), Penn State (110) and Michigan State (125) … longest run of the year was 35 yards against MSU … had three touchdowns against Indiana.

2003 Media Guide: Lydell Ross is a veteran tailback who has rushed for 1,038 yards and 12 touchdowns during his career … teams with Maurice Clarett and Maurice Hall to give the Buckeyes’ dream-like depth at tailback … combines speed and power with the ability to make defenders miss … had his best year last year, rushing for 619 yards and six touchdowns on 166 carries … started three games last season, including the Cincinnati contest where he rushed for a career-high 130 yards on 23 carries (the second 100-yard game of his career) … hard worker with a great attitude … missed spring ball with a groin pull, but should be 100 percent in the fall … makes the most of his opportunities.

2002 Season: Played in all 14 games with starts in the Cincinnati, Minnesota and Illinois games when Clarett was injured … carried the ball 20 times for 89 yards and a pair of touchdowns against Minnesota … came off the bench at Northwestern with Ohio State struggling to move the ball and picked up 83 yards on 18 carries … his 3-yard touchdown run at Northwestern put the Buckeyes on the board for the first time … had a pair of touchdowns in the season opener against Texas Tech … longest run of the year was 36 yards against Washington State … also had 10 receptions for 75 yards.

2002 Media Guide: Lydell Ross is easily the most experienced of the Buckeye tailbacks …coming off an impressive freshman campaign in which he emerged as the No. 2 running back and was an effective replacement for starter Jonathan Wells … finished his rookie season with 419 yards and six touchdowns on 120 carries … was the Buckeyes’ second-leading rusher and third leading
scorer … gets through the hole in a hurry and has breakaway speed … great natural runner with the ability to break a game wide open …has moves you can’t teach … slowed in the spring by a pulled hamstring, but will be ready in the fall … made Ohio State history last fall by becoming the youngest Buckeye player ever to rush for 100 yards in a game (he was 17 when he diced up the Indiana defense for 124 yards and two touchdowns Sept. 29) … became just the third Buckeye freshman to top the century mark, joining Robert Smith (1990) and Archie Griffin (1972) in that select circle.

2001 Season: One of the top freshman tailbacks in college football … believed to be the youngest back in the Big Ten ever to rush for 100 yards in a game (he did not turn 18 until Dec. 14) … longest run of the year was a 51-yard TD jaunt against San Diego State.