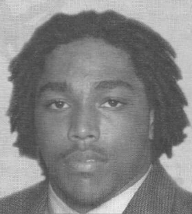 2004 Media Guide: A quick, physical presence in the Ohio State defensive backfield … looks to make a contribution in 2004 on special teams as well as for the Buckeye defense … showed tremendous work ethic last season as a redshirt freshman … can play safety or cornerback … on an academic scholarship and a two-time OSU Scholar-Athlete.

2003: Saw action on the punt unit and kickoff unit against Northwestern, Indiana and Purdue … had one solo tackle against the Hoosiers for his lone stop of the season … was named the defensive scout team player of the week twice during the season, following the Wisconsin and Indiana games.

2002: Redshirted and did not see any game action.

High School: Was named Beechcroft’s Most Valuable Player as a senior when he had five interceptions … end his prep career with eight interceptions … earned All-City League and all-district honors.

Personal: Is the son of Monica Smith and the grandson of Mattie Smith … has one brother, Amon, and two sisters, Sinay and Alana Lyons … favorite football memory is scoring his first high school touchdown as a sophomore against Columbus West H.S. … favorite pro sports team is the Dallas Cowboys … favorite professional football player is Emmitt Smith.