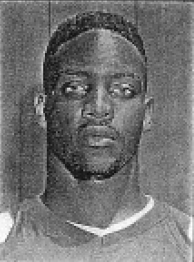 1996 Media Guide: The Buckeyes’ most physically imposing linebacker … backed up Greg Bellisari in the middle last year, but could be the starter this year, allowing the smaller Bellisari to move
back to the boundary, where he started in 1994 … fall camp will determine who plays where … played in nine games last season, logging a total of 48 minutes … longest stint of the year was eight minutes against Iowa … had 11 tackles, including a season-high four at Minnesota … picked off his first career interception and was credited with a pass broken up in the season opener against Boston College … began the year as a backup on the boundary, but was moved to the middle almost immediately in an effort to give the Buckeyes a more physical presence inside … last year was his first year after sitting out a year, so he still lacks experience.

1995 Media Guide: Ineligible last year, so the OSU coaching staff gets its first look at him this fall … will compete with Jerry Rudzinski for the strongside outside linebacker spot … has all the physical tools necessary to be an outstanding player and has a chance to play right away if he can learn the system after a year away from competition … could play a very important role this year because of the Buckeyes’ lack of experience at linebacker … was known as a very physical player in high school … worked hard in the weight room last year and has added 20 pounds since enrolling at OSU.

Other: Hobbies include playing video games, checkers and music.

High School: First-team All-America pick by Parade and Prep Football Report … honorable mention by USA Today … named to the all-state team by both Associated Press and the Newark Star-Ledger … played inside linebacker and is known as a hard hitter with speed … also saw some time at tight end on offense … had 64 tackles, five sacks, three interceptions and three fumble recoveries as a senior … Ferris won two city titles his last two years … also threw the shot put and played basketball … high school couch was Harry Lerner.