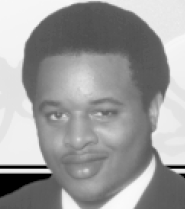 2004 Media Guide: Vastly improving young player who played behind Darrion Scott in 2003 … always gave great effort … 22-game veteran … moved to the top of the depth chart at left tackle during the spring … has 109 minutes of game experience … stabilizes a young defensive line.

2003 Media Guide: Marcus Green is a solid, young defensive tackle with size, strength and the ability to play low … was the backup to Kenny Peterson last year and appeared in 11 games for a total of 25 minutes … hopes to seem more playing time this year now that he has a season of experience under his belt … really worked hard in the offseason and is in the best shape of his career … coaches like his work ethic and physical style … made significant progress last year and could figure prominently into the defensive rotation this year … is hungry to compete.

2002 Season: Made his collegiate debut in the opener against Texas Tech … longest stint of the year was five minutes against Kent State the following week … lone two tackles of the year came against Kent … did not play against Washington State, Cincinnati and Northwestern.

2002 Media Guide: Marcus Green is a promising young player who hopes to work into the rotation at defensive tackle … coming off a good spring and heads into the fall listed behind incumbent Tim Anderson … physical player who plays low and has good agility … redshirted last year and really improved his strength during the winter conditioning program … coaches like his work ethic.

High School: First-Team Division I Associated Press All-Kentucky selection on offense and second-team selection on defense … played both offensive and defensive tackle in high school, but will play defense at OSU … high school team won the 4A State Championship … First-Team All-Louisville Courier-Journal All-Star selection … had 80 tackles and 10 sacks as a senior … born Sept. 27, 1983 … son of Bill and Linda Green.