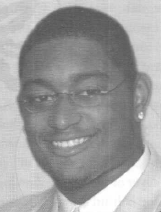 2004 Media Guide: Played both offense and defense in high school but will concentrate on the defensive end position at Ohio State … heads into fall camp as a contender for playing time at the right defensive end position … had everyone after him because of his combination of size and speed … as a prep tight end he was able to stretch the defense with his speed and soft hands … added size and strength helped him move to the defensive side of the ball … one of the up-and-coming standouts on the defensive line … is playing at a very competitive position, but appears to be good enough to contend for playing time.

2003: Worked out with the scout team at defensive end while redshirting his first year in Columbus.

High School: Had everyone after him because of his combination of size and speed … 36 catches for 558 yards and eight touchdowns as a junior … followed that up with 11 touchdown catches and 62 receptions as a senior … racked up 1,438 yards on 87 receptions and 232 tackles for his career … owns school records with 32 career sacks and 43 tackles-for-loss and is tied for the single-season record with 12 sacks … can stretch a defense with his speed and soft hands … has the frame and determination to be an excellent blocker … defensive stats include 65 tackles and eight sacks as a junior and 80 tackles and 12 sacks as a senior … two-time all-conference (2002, 2003), first-team all district as a senior and a special mention all-state selection … was a first-team all conference basketball player as a junior and senior … he and current Ohio State redshirt freshman Roy Hall were high school teammates and formed one of the most dangerous receiving tandems in Ohio … lists winning back-to-back conference championships in basketball as his biggest sports thrills to date … high school coach was Eric Mitchell.