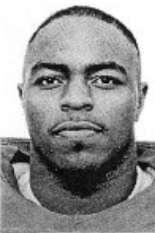 1989 Media Guide: Jaymes Bryant is a solid utility back who can play either running back position … expected to back up Carlos Snow at tailback this year … good north-south runner … has inside power and breakaway speed … has started 10 games the past three years, all at tailback, and has rushed for a total of 1,214 yards and eight touchdowns.

1988: Began the year at fullback, but moved to tailback when injuries left the Buckeyes shorthanded at the latter position … played in 10 games and started the Michigan State and Iowa games … carried the ball 52 times for 245 yards … 4.7 yards per carry paced the OSU running backs … top game was 98 yards at Indiana … averaged 22.8 yards per kick return on four chances.

1988 Media Guide: Has played tailback the past two years, but asked in the spring to move to fullback … starts the year behind the more experienced Bill Matlock … has started eight games the past two seasons and has 969 career yards … an excellent inside runner with good speed … has the potential to be an excellent fullback.

1986: Made an impressive debut by rushing for 656 yards (the second highest total ever by an OSU freshman behind only Archie Griffin) and topping the 100-yard mark three times … top game was 145-yard effort against Utah … started five times.

High School: All-Pennsylvania and All-America as a senior … ran for more than 1,300 yards as a senior, helping McDevitt to an 11-1 record … returned a punt 98 yards as time ran out to win a high school game … started all four years at tailback.