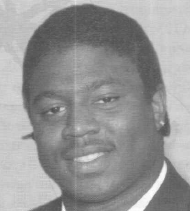 2004 Media Guide: Moved up the depth chart with the loss of Will Smith, Darrion Scott and Tim Anderson along the defensive front … heads into fall camp listed among three candidates at the right defensive tackle position … recorded 2.5 tackles for the gray squad in the 2004 Ohio State Spring Game.

High School: Played tight end on offense and tackle on defense, but expected to concentrate on the latter at Ohio State … finished the 2002 campaign with 76 tackles, including 43 solos, and had 12 tackles-for-loss and three sacks … led Lakota West in tackles … named to a first-team berth on the All-Southwest Ohio District Team … also a first-team All-Butler County selection … rated as the 11th-best prospect in Ohio by the Ohio Recruiting News and the 39th-best defensive-line prospect by SuperPrep … high school coach was Larry Cox.

Personal: Son of Tony and Marsha Robinson … lists the 2003 Fiesta Bowl as the most interesting place ever visited … would like to travel to the 2004 Orange Bowl … favorite memory of the 2003 season was Ohio State’s overtime goal line stand vs. North Carolina State to secure an OSU victory … the postgame singing of Carmen Ohio is his favorite OSU football tradition … would choose playing basketball at Ohio State if not a member of the football team.