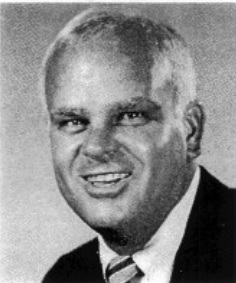 1987 Media Guide: Tom Lichtenberg joined the Ohio State football staff in January of 1986. His duties are to coach the quarterbacks and wide receivers.

Lichtenberg has an extensive background in coaching that covers 22 years plus over two years in athletic administration.

Lichtenberg is a native of Cincinnati and a 1962 graduate of the University of Louisville.

He was head coach at Mason High, outside Cincinnati, for nine years, 1962-70. In 1971 he went to Purcell High in Cincinnati and the following year went to Morehead State as an assistant coach. In 1974 Earle Bruce hired Lichtenberg to coach the running backs at Iowa State. In 1979 he returned to Morehead State as head coach but left after two seasons to become offensive coordinator at Notre Dame. In 1983 he became assistant athletic director at Iowa State but eagerly returned to coaching in January of 1986, when Earle Bruce called.