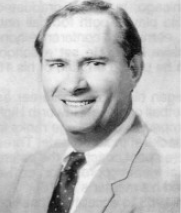 1995 Media Guide: Bill Young is in his eighth year as the architect of the Ohio State defense. Since accompanying John Cooper from Arizona State following the 1987 season, Young has built the Buckeyes into one of the most formidable defensive units in the Big Ten.

Under Young, Ohio State has led the Big Ten in scoring defense each of the past two years. Last year’s squad, which ranked fourth nationally, allowed an average of 13.2 points a game. The 158 points allowed last season also represent the lowest point total by an Ohio State defense since 1979.

Under Young’s guidance, the OSU defense has improved each year. Last season. the Buckeyes led the Big Ten in scoring defense and were second in rushing defense. Additionally, OSU was second in third-down conversion percentage and third in quarterback sacks. In 12 games, OSU allowed 187 points. the lowest total in four years.

1991 Media Guide: Bill Young is in his fourth year as the Buckeyes’ defensive coordinator. Under Young’s tutelage, the OSU defense has shown steady improvement. Last year, the Buckeyes finished second in the Big Ten in scoring defense and third in total defense.

1990 Media Guide: Bill Young is in his third season as defensive coordinator at Ohio State. He accompanied John Cooper from Arizona State.

At ASU, Young coached the Sun Devils’ defensive line. His 1985 line allowed only six touchdowns all season long and helped hold opponents to an average of 2.6 yards per carry. His 1986 unit recorded an impressive 16 quarterback sacks.

In addition to Arizona State and Ohio State, Young also coached under Cooper at Tulsa in the early 1980s. He was Cooper’s defensive line coach between 1980 and ‘82 and his defensive coordinator in 1983 and ’84. Young accompanied Cooper from Tulsa to Arizona State in 1985.

Young was born in Hereford, Tex., but grew up in Oklahoma City. He attended Oklahoma State and was a three-year starter at defensive tackle for the Cowboys.

In 1976, Young jumped to the college ranks, returning to his alma mater as assistant line coach. In 1978, he became the Cowboys’ defensive line coach.

Young left Oklahoma State in 1979 to become defensive line coach at Iowa State. He spent one year at Iowa State before going to Tulsa to work for Cooper Young is married to the former Lawana McCord.