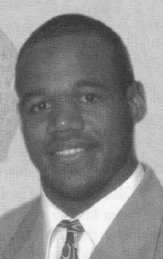 2004 Media Guide: A two-year letter-winner and talented member of the Ohio State defensive backfield … heads into the 2004 season as a candidate to replace All-American Will Allen at strong safety after spending last season as a backup to Nate Salley at free safety … also saw action as the Buckeyes’ “dime” back last season in their six defensive back set .. plays on special teams has played in 26 games as a Buckeye and has two career interceptions.

2003 Season: Saw action in all 13 games and logged 70 minutes of playing time, including a season-high 17 minutes vs. Michigan State … collected 18 tackles, including 12 solo stops … had five tackles and a 66-yard interception return against MSU … forced a fumble against North Carolina State on a Wolfpack kickoff return in the first quarter that the Buckeyes recovered on the 3-yard line and used to go up, 14-0 … broke up three passes, those coming against Washington, San Diego State and Michigan State … also had five tackles against Purdue a week after his stellar game vs. Michigan State … was named Ohio State’s Special Teams Player of the Week by the coaching staff following the Indiana game for his efforts on the punt, punt block and kickoff units.

2003 Media Guide: Tyler Everett is a solid young defender who will be in the hunt for a starting spot at free safety this fall … finished up last year as the backup to All-American strong safety Mike Doss … played in 13 of the Buckeyes 14 games in 2002 (he did not play against Cincinnati) and finished the season with 12 tackles and an interception … the latter came against Washington State when he thwarted a fourth-quarter Cougar drive by picking off Jason Gesser at the 4-yard line … logged a season-high 11 minutes against the pass-minded Cougars and went on to play a total of 43 minutes during the year … is an extremely intelligent player with good ball skills and fine speed … plays with great confidence and is going to be an outstanding player … played cornerback in high school.

2002 Season: Made an early impression on the coaches with his athletic ability and physical style of play in fall camp and quickly assured himself of playing time by locking up a spot on the kickoff coverage unit … played three minutes in the season opener against Texas Tech, and followed that up with nine minutes against Kent State and 11 against Washington State … recorded his first collegiate tackle against Kent State and picked off his first interception against WSU … had three tackles against WSU and Indiana … earned his first letter.

2002 Media Guide: A first-team Division I Associated Press All-Ohio selection as a senior … played both running back and defensive back in high school, but will focus on defensive back at Ohio
State … considered one of the top two defensive back prospects in the state of Ohio this past year … demonstrated a nose for the ball, picking off five passes as a senior … rushed for over 1,300 yards as a junior … has the speed and quickness to play cornerback … joins former McKinley stars Kenny Peterson and Michael Doss at Ohio State this year … selected to play in the Ohio North-South All-Star Game and the Big 33 Game … is the son of Calvin and Audrea Everett … high school coach – John Miller … born Nov. 4, 1983.