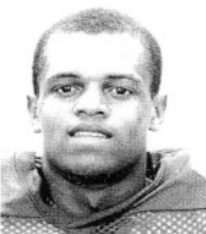 1986 Media Guide: Has started at safety each of the past two seasons, playing 293.5 minutes as a freshman and 301 minutes last year … hits surprisingly hard for his size … made 71 tackles in each of his first two seasons … intercepted four passes in 1984 and three in 1985.

1985: Batted down nine passes, caused three fumbles and had four touchdown saves … his dramatic interception deep in the end zone in the final seven seconds of the Citrus Bowl enabled Ohio State to defeat Brigham Young 10-7.

1985 Media Guide: A sure tackler who hits surprisingly hard for his size … extremely quick.

1984: Started nine games and played a total of 293.5 minutes … made 71 tackles, fourth on the team and most of anyone in the secondary … intercepted four passes and broke up five … three times stopped opposing ball carriers for a loss.

High School: Played safety on defense and tailback on offense at Cambridge High … Once intercepted four passes in a high school game and returned them 170 yards … holds the school rushing record with 3,061 yards over a three-year period.

Personal: From a family of seven.