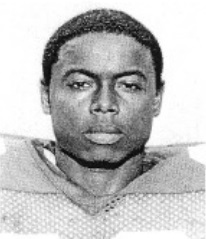 1986 Media Guide: Elected defensive captain of the 1986 Buckeyes … became a start in 1984 … has played 33 games over a three-year period and has 23 starts … his 673 career minutes of playing time is tops on the team … has quick reactions and good strength … the only senior in a backfield that has been together for three years.

1985: Made 68 tackles, intercepted three passes, batted down three and blocked a punt.

1984: Started 11 games and played a total of 319 minutes … tied for the team lead in interceptions with four and made 64 tackles … led the team in touchdown saves with five.

High School: Was an all-Ohio safety … started two years as a wide receiver and was a regular safety one season … had an 89-yard punt return at Middletown High … lettered in three sports and captained the football and track teams.

Personal: Hobbies are reading and music … from a family of six.