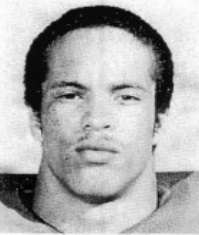 1986 Media Guide: Has played in 26 games over a three-year period, including six starts … has divided his time between tailback and fullback … his most productive year came in 1983, when he averaged 5.5 yards on 53 carries … combines speed and power with the ability to break away for long gains.

1985 Media Guide: May see action at both tailback and fullback this season, depending upon the availability of other backs … a breakaway runner because of his speed and deceptive running style … bench presses 365 pounds and lifts 665 … can run inside or on sweeps.

High School: An all-Tennessee tailback at Hamilton High in Memphis … ran for 1,616 yards as a senior and 3,511 career yards … scored 39 career rushing touchdowns at Hamilton High … a scholastic All-American.