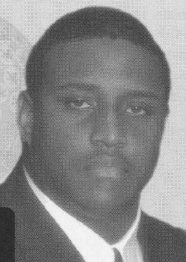 2004 Media Guide: One of two returning starters on the offensive line and one of five holdovers on the offensive side of the ball … will be in his second year as a starter on the left side and should be one of the top tackles in the Big Ten in 2004 … is the Buckeyes most experienced offensive lineman with 24 games and 17 starts under his belt … logged an iron man-like 317 minutes last year … quick, strong and smart and understands how to play the position … effective pass blocker because of his footwork and agility … gives up very few sacks … played a vital role as a true freshman in the Buckeyes 2002 national championship, appearing in 11 games – with five starts, including the championship game – and providing some much-needed depth along the offensive front.

2003 Season: Figured to share time with incumbent senior Ivan Douglas, but took over after Douglas was sidelined with health problems … started 12 of 13 games (all but the Fiesta Bowl, where senior Bryce Bishop got the nod in his final appearance as a Buckeye) … played well throughout the season and was one of the Buckeyes’ most consistent performers … played at least 23 minutes in 11 of the 13 games and wound up averaging 24 minutes a game.

2003 Media Guide: Rob Sims is coming off an impressive, and somewhat surprising, freshman campaign in which he played in 11 games and started five times, including the Fiesta Bowl, at the all-important left tackle position … heads into the season as the Buckeyes’ third tackle behind incumbents Ivan Douglas and Shane Olivea, but would have to be considered a pseudo starter and will see extensive playing time this year … is just scratching the surface of what coaches believe is his enormous potential and gives the Buckeyes quality depth on a veteran offensive line … has a tremendous attitude and should be fun to watch develop the next couple of years … always one of the Buckeyes’ most nattily attired players on game day.

2002 Season: impressed the coaches early-on with his combination of eagerness, physical ability and understanding of the offense … worked his way up the depth chart to the No. 2 spot at left tackle behind Douglas and made his collegiate debut against Kent State in the second game of the season … got his first start three weeks later against Indiana, filling in for the injured Douglas (ankle) at tackle … started against San Jose State when Douglas moved to the right side in place of injured Shane Olivea (shoulder) … litmus test, however, came against Penn State, when the Buckeye rookie more than held his own against the Nittany Lions’ fine defensive lineman Jimmy Kennedy … also started against Illinois … did not play in the Texas Tech, Washington State and Wisconsin games.

High School: A first-team Division II Associated Press All-Ohio selection … one of the top offensive linemen in the state of Ohio … a three-year regular, starting at guard as a sophomore and junior, before making a seamless transition to tackle this past year … also played defensive end at Nordonia … rated as Ohio’s 17th best prospect by the Ohio Football Recruiting News … was a three-year starter on the basketball team and a standout in track in the shot and discus … high school coach – Rob Rardin.

Personal: His father, Mickey Sims, played defensive tackle with the Cleveland Browns … parents are Brenda and Mickey Sims … his mother, who is a graduate of Harford, is a teacher, and his father, who graduated from South Carolina State, is a police officer … has a younger sister, Robyn, who is on her school’s track team … lists former Ohio State All-America Orlando Pace as his favorite professional player … always one of the best-dressed players on the squad and takes great pleasure in his sartorial splendor on game day … relaxes by going to the movies (Any Given Sunday is his favorite movie) … born Dec. 6, 1983.