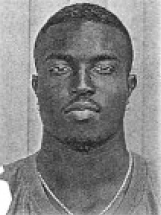 1997 Media Guide: Marcel Willis will contend for a starting spot at one of the outside positions … figures to play a lot even if he does not start .. can hit and has exceptional speed that allows him to run to the ball (reminds many of former OSU standout Craig Powell who was a first-round NFL pick) … also an outstanding special teams player … transferred from Phoenix Junior College in the spring of 1995… played safety at Phoenix, but was quickly moved to linebacker upon arriving at OSU . . . appeared in 11 games in 1995 and had 14 tackles … redshirted last year… has the potential to be an impact player.

1996 Media Guide: Backs up Ryan Miller at outside linebacker on the wide side … talented football player with excellent speed … has added 15 pounds since last year and has become a jarring hitter … transferred to Ohio State from Phoenix Junior College in the spring of 1995 … played safety at Phoenix, but was switched to linebacker midway through his first spring at OSU … seems to be a natural at his new position and should get better and better as he garners more playing time … played briefly in 11 games last year … finished the season with 14 tackles, including four each against Purdue and Iowa … also plays on the special teams.

1995 Media Guide: Junior college transfer who enrolled at the start of the 1995 Spring Quarter … came to OSU as a safety, but was moved to linebacker midway through spring drills … has good size, speed and athletic ability, and the OSU coaching staff thinks he can help at linebacker even though he has not played the position since his sophomore year in high school … was a two-year
starter at safety at Phoenix College and won all-league and all-region accolades both years … his final two college choices were Arizona and Ohio State.

Other: Grew up in Ohio (Brook Park), but moved to Illinois after the first grade and to Arizona at the end of his sophomore year … recruited out of high school as a defensive end, but didn’t really want to play that position and enrolled at Phoenix to try his hand at safety.