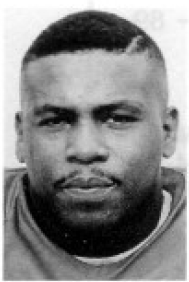 1990: Media Guide: The No. 2 middle guard and an extremely valuable player … has 15 career starts and is one of the Buckeyes’ most experienced defensive linemen … has spent most of his career at defensive tackle, but is an excellent middle guard prospect because of his tremendous quickness … probably Ohio State’s quickest down lineman… agile and difficult to get off his feet … figures to see a lot of playing time even if he doesn’t start.

1989: Played in all 12 games and started against Northwestern and Wisconsin … finished the year with 21 tackles.

1989 Media Guide: A top-notch reserve who will play behind Mike Showalter and can also play nose guard if need be … has been a frequent starter throughout his career and gives OSU experience coming off the bench … very strong and one of the Buckeyes’ quickest lineman … agile and tough to get off his feet … started seven games last year after Showalter was hurt and finished the season with 26 tackles.

1988: Played in all 11 games and totaled a respectable 165 minutes … played 26 minutes at Michigan State, his longest stint of the year… six tackles against Illinois was his best showing.

1988 Media Guide: The Buckeyes’ quickest defensive lineman … will share time at the end tackle with Derek MacCready … difficult to keep out of the backfield because of his combination of quickness and strength … started six of the eight games he played in last year … played 138 minutes … a promising young player.

HIGH SCHOOL: First-team all-Ohio defensive lineman as a senior. . . rated one of the top 100 senior players in the country in 1985.