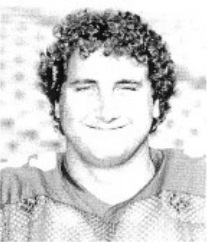 1985: After two years as a backup quarterback, Karsatos started all 12 games in 1985 and played extremely well … set school season-records by completing 61.2 percent of his passes and by throwing 19 touchdowns … threw at least one touchdown pass in 10 games, missing only in the Iowa and BYU contests … his best of many good games came against Northwestern when he completed 16 of 20 passes for 275 yards and three touchdowns.

1985 Media Guide: After two years as a highly capable understudy to Mike Tomczak, Jim is ready to take over as the Buckeye starter at quarterback … has started three games over a two-year period, and has guided Ohio State to victory each time … an excellent passer with great range … more mobile with the loss of 16 pounds … has completed 37 of 68 passes for 656 yards and four touchdowns over a two-year period for Ohio State … enrolled at Ohio State in the winter of 1982 and was redshirted that year.

High School: Passed for 4,426 yards and 40 touchdowns at Sunny Hills High, where he was Orange County “Player of the Year” as a senior.