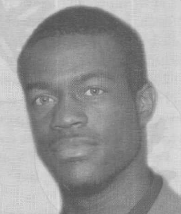 2004 Media Guide: Devin Jordan is a talented young prospect that could figure into the offensive attack in 2004 as a redshirt freshman … is a precise route runner … OSU coaches say he is a technician and is among the best on the team at working zone coverage … smooth athlete with nice hands.

2003: Redshirted and did not see any game action.

High School: Accorded first-team All-Ohio honors by the Associated Press as both a junior and a senior … rated as the 10th-best prospect in Ohio by the Ohio Footing Recruiting News and the nation’s 29th-best receiver by Rivals.com … teamed with current Ohio State freshman Justin Zwick to form one of the most dangerous aerial combinations in the state in 2001, hauling in 101 passes for 1,504 yards and 18 touchdowns, an average of 15.0 yards per catch … had 59 receptions for 893 yards and 12 TDs as a senior … also earned three letters each in basketball and track … high school coach was Rick Shepas.

Personal: Parents are Richard and Sharon Jordan … father is a minister and mother is a secretary … has one sister, Reva, and three brothers, Larry, James and Richard … James plays basketball at Mount Union College … favorite pro sports team is the Indianapolis Colts … favorite pro football player is Jerry Rice … grew up in Gahanna, Ohio, just east of Columbus, but didn’t get involved in sports until he moved to Massillon when he was 10 years old … favorite football memory is leading Washington to a playoff win over Perry in 2002 when he caught seven passes for 190 yards and two touchdowns.