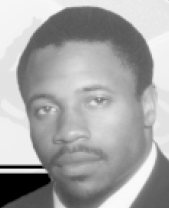 2002 Media Guide: Chris Conwell is in his first year of eligibility with the Buckeyes after transferring from Youngstown State … was a two-year starter in the defensive secondary at Youngstown and had 42 tackles and three interceptions in 2000 … coming off a solid performance in the spring and heads into the fall as the primary backup to Dustin Fox at the field corner … physical player for his size and very competitive … also one of the Buckeyes’ quickest corners … sat out last year after transferring, but will be in the thick of things this year both as a corner and as a member of the special teams … played through a stress fracture in spring ball, but should be fine in the fall.

2001 Season: Sat out in accordance with NCAA transfer rules but did take part in practice … impressed the coaches with his scout team play.

Personal: Is the son of Greg and Leslie Conwell … the oldest of five siblings … born Sept. 12, 1980 … hobbies are singing, relaxing with friends and family and reading the Bible … calls playing in the Spring Game in Ohio Stadium his favorite football moment … very personable.