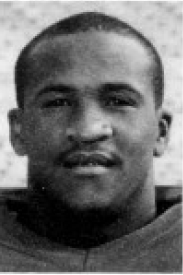 1990 Media Guide: Outstanding young player who will back up Vinnie Clark at the left corner … could also return punts and kickoffs … came to Ohio State as a highly publicized running back, but was moved to defense midway through the 1989 season … made the move easily and willingly … has worked hard and has a bright future … needs experience.

1989 Media Guide: Will get his first chance to show what he can do this year after sitting out last fall and spring … impressive high school credentials on both offense and defense, but will probably be tried on the latter at Ohio State … excellent athlete, with speed, a nose for the ball and the ability to hit … must be able to adjust to the year away from the game.

PERSONAL: Real first name is Ronald, but has gone by Buster since infancy, a nickname given to him by his grandmother … hobbies include all sports, especially hunting and night fishing … lists former Buckeye William White as the athlete he most admires.