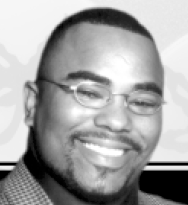 2004 Media Guide: Appears to be settled in at guard now and has a chance to be the third guard in the fall … worked hard in the spring and impressed the Ohio State coaching staff with his dedication … has good power and has improved a great deal as a pass blocker … valuable because he can play center in a pinch … has played in seven games the past two seasons.

2003: Lone two appearances came against Northwestern and Indiana, both on the offensive line.

2003 Media Guide: Andree Tyree is playing his fourth position in three years with the Buckeyes … came to Ohio State as a defensive lineman, but was moved to center as a redshirt freshman in 2001 … began to the 2002 campaign at center, but was moved to fullback in an effort to give the Buckeyes a bruising blocker in goal-line and short-yardage situations … was shifted to guard this past spring and heads into the fall as a backup on the right side behind three-year starter Bryce Bishop … coaches like his physical style of play … still has lots of time to develop and should be a fine player.

2002: Played in four games, including an overtime win at Illinois where he made his debut at fullback … did not have any offensive statistics.

2002 Media Guide: Andree Tyree came to Ohio State as a defensive lineman, but was converted to the offensive side of the ball midway through the 2001 season … can play guard or center, but currently is listed as the backup to Alex Stepanovich at the latter position … has good size and quickness and the coaches like his intensity and physical style of play … played well in the spring and the staff is hoping he will continue to develop and provide quality depth at a key position.