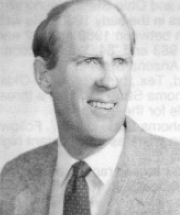 1991 Media Guide: Ron Hudson is in his fourth year as a member of the Ohio State football staff. This will be his third season working with the Buckeye quarterbacks. During his
first year, he coached the running backs.

In addition to tutoring the quarterbacks, Hudson coordinates the OSU passing game. In each of the past two years, Ohio State has thrown for more than 2,000 yards. Last year, the Buckeyes were third in the Big Ten in passing yardage and second in passing efficiency.

1990 Media Guide: Ron Hudson is in his third year at Ohio State. He coached the OSU running backs in his first year, but is now in his second season with quarterbacks.

Ron Hudson Hudson came to Ohio State from the University of Illinois, where he coached the running backs in 1987, his only year on the Illini staff. Prior to Illinois, Hudson spent a year in the USFL, serving as quarterback and wide receivers coach of the Memphis Showboats. Hudson’s extensive background also includes stops at Oregon, UCLA and Notre Dame.

A native of Lafayette, Calif., Hudson earned his bachelor’s degree from the University of California in 1969. He began his coaching career at Cal in 1972 and remained there until 1976. He coached the defensive line. secondary and wide receivers during his five years at his alma mater.

Hudson left Cal in 1977 for the University of Oregon. He spent two years at Oregon as coach of the quarterbacks and running backs.

In 1979, Hudson went to UCLA to coach the Bruins’ running backs. He spent three years on Terry Donahue’s staff before going to Notre Dame in 1982. During his four years at Notre Dame, he coached the Irish quarterbacks and was offensive coordinator for two years.