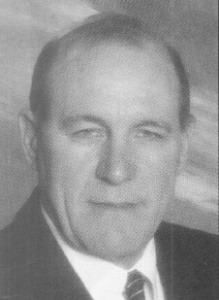 Ken Conatser is in his first year as a member of the Ohio State football coaching staff. Conatser, 60, is the Buckeyes special teams coordinator.

A native of Cincinnati, Conatser has 24 seasons of coaching experience on the collegiate level. He also spent 14 years in the junior high and high school ranks.

Conatser graduated from the University of Cincinnati in 1962 (he also has a master’s from UC). He was a two-way starter at offensive guard and linebacker for the Bearcats.

In 1971, Conatser was named offensive line coach at the University of Massachusetts. He remained there for two years, leaving after the 1972 season to return to the high school ranks as the head coach at Milford.

Conatser resumed his collegiate coaching career in 1977, returning to UMass in his old role as offensive line mentor. He remained there for three years, leaving after the 1979 campaign to enter private business.

During his stay at Youngstown State, the school enjoyed a remarkable period of success, winning four Division I-AA National Championships and qualifying for the Division I-AA playoff 10 times.