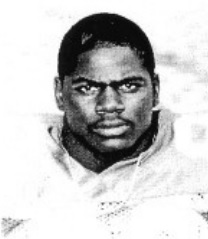 1985 Media Guide: One of the top inside linebackers in college football … the top player on the Buckeye defense in 1984 … has won three letters at Ohio State … strong, agile and punishing, he is a dominant player.

1984: Chosen defensive captain … led the team in tackles with 140, far more than the next nearest player with 77 … played 315.5 minutes last year … had three interceptions, five stops for a loss, broke up five passes and recovered four fumbles.

Personal: Nicknamed “Pepper” … hobbies are swimming, pinball and pool … lifts 600 pounds from the squat and presses 370.