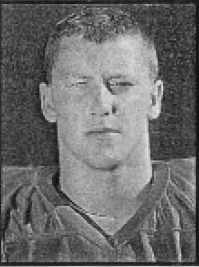 Post-OSU Update: Steve Baird was forced to give up football after the 1995 season due to thoracic outlet syndrome. This condition caused his arm to go numb after throwing. Baird remained on scholarship after leaving the team. He has had a long career in sales and is currently a regional Senior Vice President with SAP. (Updated: Jan. 2022)

1995 Media Guide: Redshirted last year as a freshman … played quarterback in the fall, but was moved to defensive back through spring practice … a good athlete who the coaches are hoping will provide quality depth in the secondary … team oriented player, who is eager to play and help the team in any way that he can … will work hard to make himself a good defensive player.

1994 Media Guide: Led his team to an 11-2 record last fill and the school’s first ever appearance in the state playoffs, where Hilliard reached the Division I (large school) state semifinals … combined for 2,786 yards as a senior — 1.449 passing with 17 TDs and 1,337 rushing with 10 more scores … passed for 155 yards and ran tor 151 more in the regional finals, when he threw three touchdown passes and ran for another … earned second team all-Ohio honors, was the Ohio Capital Conference Player of the Year and the Columbus Dispatch/Agonis Club Central Ohio Back of the Year … served as team captain as a senior… high school coach was John Sines … played in the Ohio North-South and Big 33 all-star games last summer … lettered two years in track … an older brother, Mike, played football at Fairmont State and younger brother, Dave, will play at Toledo this fall … an honor roll student throughout high school who plans to major in education.