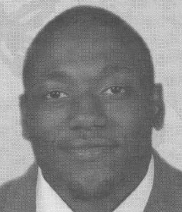 Post-OSU Update: After his college career, Roshawn Parker began a career in education, first as an English teach and more recently as an assistant principal. (updated: Oct. 2022)

2004 Media Guide: Walk-on running back with power and speed … can play tailback or fullback, but has seen most of his action at the former as a member of the scout team … strong inside runner who will lower his pads and fight for extra yards … always gets high marks from the coaching staff for the realistic look he gives the defense … also helps out as a member of the special teams … has played in two games during his career – one last year and the other in 2002 … did have a rushing attempt in 2002 … coming of a solid spring and hopes to see more playing time this year and earn his first varsity letter … originally enrolled at Ashland and played there as a freshman before transferring to Ohio State … has worked hard to show he can play at this level.

2003: Only appearance was against Washington in the season opener.

2002: Made his collegiate debut against San Jose State and had a 6-yard run from scrimmage.

2001: Sat out the season after transferring from Ashland College.

2000: Played regularly as a freshman and was a part-time starter at Ashland … transferred to Ohio State at the end of the season.

High School: A three-year starter at defensive back and a two-year regular at tailback … named to the all-city team and was an all-district selection … also ran track and played basketball … from the same high school as Ohio State’s two-time All-American Archie Griffin.