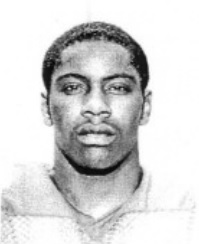 1987 Media Guide: Did not catch a pass until last year and now is considered a dangerous receiver.

1986: Started 12 games in 1986 and came into his own as a gifted receiver … caught 30 passes for 496 yards and two touchdowns … his best game was in the Cotton Bowl when he pulled down six for 105 yards, including a 51-yarder … caught touchdown passes against Illinois and Purdue.

High School: Came to Ohio State as a two-time all-Ohio receiver, who caught 132 passes for 2,508 yards at Central-Hower High over a three-year period … won Parade All-America honors as a senior … top football thrill in high school was catching a touchdown pass with 23 seconds remaining to turn defeat into victory.

Personal: Hobbies are jogging and bowling.