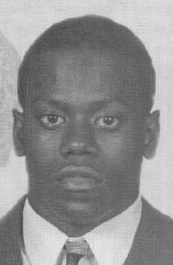 2004 Media Guide: Solid young player in the Buckeyes’ defensive backfield … had three tackles, all solo stops, in the 2004 spring game in helping lead the Scarlet squad to a 13-0 win … has good speed and quickness … has shown the potential to be a valuable special teams contributor in 2004 … has battled several injuries thus far in his OSU career.

2003: Did not see any game action, but was impressive on the scout team … was named the defensive scout team player of the week following the San Diego State game.

2003 Media Guide: Mike Roberts plays the cover corner … has good speed, fine quickness and good coverage skills … should also be a contributor on the special teams … made progress last year and hopes to show what he can do this season.

2002: Enrolled in the spring and took part in spring drills … was redshirted in the fall.

2002 Media Guide: Played for the Toronto Thunder, a club team in Canada, last season because of a teacher’s strike at his high school … picked off seven passes in league play last season … has great speed and excellent coverage skills … is considered one of the top football prospects in Canada … is rated by Rivals.com as the 49th best cornerback available … made an impression on the Ohio State coaches last summer and was offered a scholarship following camp … was born in Guyana and moved to Canada at age 5 … Enrolled at Ohio State at the start of Spring Quarter (he will count on the 2001 scholarship limit) … parents are Raymond and Jacqueline Roberts … high school coach – Damon Ellie … born Sept. 16, 1983.