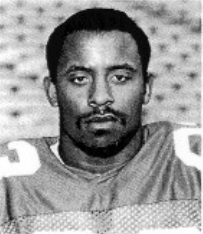 1985 Media Guide: Came to Ohio State as a walk-on, but has been converted to scholarship because of his dedication and ability … gives total effort in everything he does … can play either tailback or wide receiver, positions he has played at Worthington High and Ohio State … runs hard and has good quickness.

1984: Played in three games … averaged 4.3 yards per carry and scored touchdowns against Washington State and Indiana.