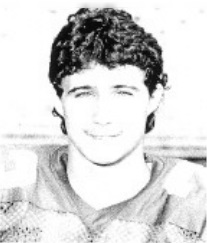 1986 Media Guide: Has been Ohio State’s backup place-kicker the past two seasons but has not been used in game competition … has increased his range by 15 yards since entering Ohio State … must beat out two other kickers to become Buckeyes’ top place-kicker.

1985 Media Guide: Was recruited as an extra point and field goal specialist … was five for five in extra points in the two spring games … will back up Spangler this year.

High School: Played soccer at Ottawa-Glandorf High and did not kick his first extra point in football until midway in his junior year … all told, he made 37 of 40 extra points and 19 of 26 field goals, the longest being 49 yards … his only misses as a senior were at distances of 54, 57 and 59 yards.