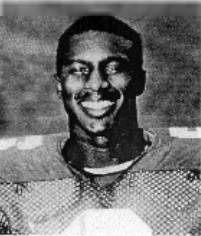 1984: Entered Ohio State in the fall of 1984 and saw brief action in seven games, mostly on special teams.

JUCO: Became a wide receiver at Butler County Community College in El Dorado, Kansas, catching 31 passes, including 11 for touchdowns in 1983.

High School: A graduate of Rolesville High School in Wake Forest … won all-North Carolina honors in high school as a running back, when he gained 1,340 yards and scored 17 touchdowns as a senior … was a sprinter in track and long jumped 24′-1″.