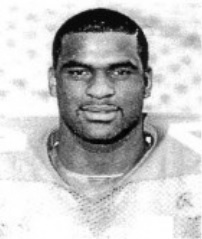 1987: Did not have a rush that was stopped for negative yards, despite carrying the ball 86 times.

1986 Media Guide: Missed spring practice because of minor surgery to his knee and a bone graft operation on his wrist.

1985: Started all 12 games and was Ohio State’s leading rusher with 581 yards on 129 carries … his top game was a 104 yard effort against Iowa, ranked number one nationally at the time … caught 16 passes.

High School: An all-New York tailback at Wyandanch High, where he ran for 1,324 yards as a senior … won nine high school letters.