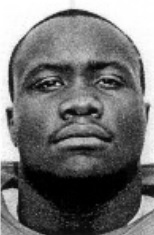 1989 Media Guide: Chris Boddie ruptured the patella tendon in his left knee in the first preseason scrimmage last year and missed the entire 1988 campaign … has been on a strict rehabilitation program since and hopes to play this fall … hard runner who prior to being hurt had impressed the coaches with his short-yardage running … should help in goal-line situations.

1988 Media Guide: Has impressed the Buckeye staff with his athletic ability and eagerness to learn … although he lacks refinement in his techniques, he has considerable natural ability.

1987: Played in three games … only carry was a four-yard gain against Minnesota.

1986: Enrolled in the spring and was redshirted in the fall.

High School: Played fullback and linebacker … captained the football and basketball teams, the latter for three years … threw shot and discus and twice qualified for the Provincial championships.

Personal: Enjoys all sports … admires Matt Suhey and Walter Payton of the Bears … plays classical piano … wants to own a business after graduation.