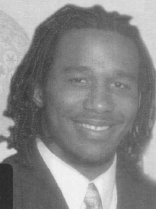 2004 Media Guide: Talented young player that gives Ohio State several options in the defensive secondary … can play safety or nickel back … started the first three games of the 2003 season and played in a total of 11 games … notched his first collegiate interception in the Buckeyes’ win vs. North Carolina State … also a valuable member of the special teams … has quickly developed a reputation as an outstanding hitter and is one of the players OSU fans now look for on kickoff coverage … a two-time OSU Scholar Athlete.

2003 Media Guide: Brandon Mitchell is a talented young defender who will figure in the rotation at safety this fall … was redshirted last year … is a physical player with a fine work ethic and nose for the ball … has good size and excellent speed to go along with outstanding strength … heads into the fall at free safety, but can play either of the safety positions … also expected to make a significant contribution on special teams … is a good young player, who will become even better as he gains experience.

High School: Regarded as one of the top all-around athletes in Georgia … played both wide receiver and defensive back … had 34 receptions for 703 yards and nine touchdowns as a senior and was listed by the Atlanta Journal Constitution as one of the top five receivers in the state … also had 65 tackles and nine interceptions last year … selected to play in the Florida-Georgia All-Star game and had six tackles … also ran track and is a standout in both the 200- and 400-meter runs … high school coach – Floyd Mack.