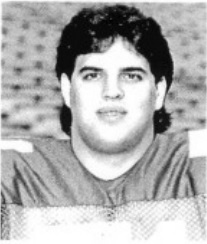 1986 Media Guide: One of the top offensive linemen in college football … an excellent candidate to win All-America honors.

1985 Media Guide: May be Ohio State’s top offensive lineman this year, regardless of the position he plays … is expected to start at center, but could go back to tackle depending upon the development of other players.

1984: Played tackle but started three games at center in 1984 when the regular center Kirk Lowdermilk broke his leg.

High School: Was a high school All-American at Cardinal Mooney High … during the two years he started, the teams posted a 22-1 record, winning the state championship in 1981.